Cover Band Central is the internet’s largest community for musicians who play covers to connect, learn, and grow. The wealth of resources that CBC provides has a consistent weekly reach of over one million people worldwide.

With a combined membership of nearly a quarter-million users, CBC’s message board and Facebook page/group are by far the most active in the cover band world. It is the only destination of its kind dedicated exclusively to musicians who play covers…at all levels.

CBC has thousands of people logged in and conversing at any time. It’s a dynamic, expanding entity that is professionally moderated to ensure a welcoming and friendly environment – for new and experienced musicians alike.

Why Advertise with Cover Band Central?

1. This is your target audience — CBC is comprised of over 200,000 active Facebook members who are either musicians or somehow involved in the music industry. With such platforms as a vibrant website, a Facebook Page, a Facebook Group, and a weekly podcast, your message is sure to reach the right eyes and ears.

2. Worldwide reach – While CBC is based in the United States, our brand reaches tens of thousands of potential customers internationally. With the ease of sharing information on the web, Cover Band Central has expanded to over 50 countries around the world.

3. Internet Ads Work – CBC’s readers are a very loyal and tight knit community. When one person gets excited about a product, service, or opportunity, the word spreads quickly and effectively.

4. Cover Band Central is Respected – CBC maintains a friendly and professional relationship with all musicians, companies, and personnel in the music industry. CBC is regarded as the authority in its field.

5. Daily Growth – Cover Band Central is a long way from reaching the peak of its popularity. With new content added daily, and an increase of over 1,000 new members every week, it won’t be long before CBC is the go-to brand for all musicians on the planet. 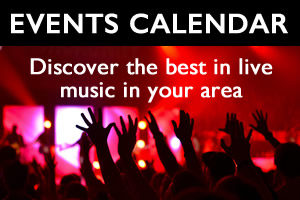