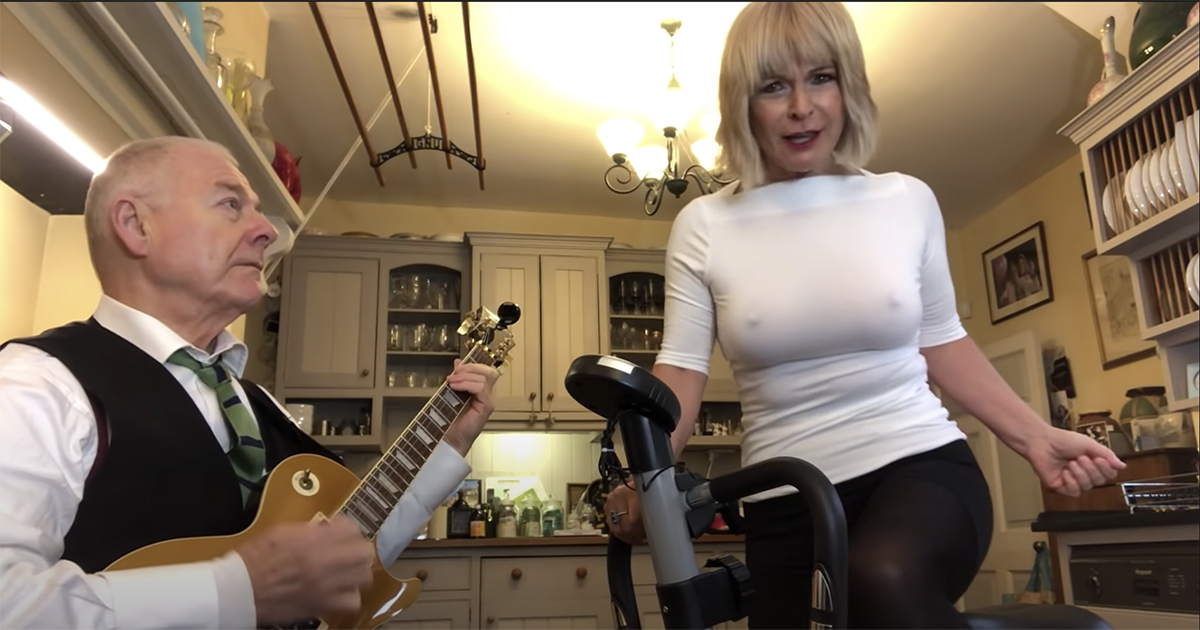 Guitarist Robert Fripp has had a storied career. As a founding member of King Crimson, Fripp has been in the professional spotlight since 1967. His resume’ includes studio work with such heavyweights as Davis Bowie, Blondie, Peter Gabriel, and Daryl Hall…among many others. Rolling Stone magazine ranked Fripp #62 in a 2011 list of All Time Greatest Guitarists.

In May of 2020, Fripp’s wife Toyah started posting videos on YouTube titled “Sunday Lockdown Lunch” in which the couple engaged in silliness including dancing and playing with stuffed unicorns. This then evolved into the husband and wife team playing music, with Toyah on vocals.

The pair has covered such songs as “When I Fall in Love,” “You Really Got Me,” and “School’s Out.” Most of the clips are in the tens of thousands of views, but none have gotten the internet’s attention more than the cover of Metallica’s “Enter Sandman” that was posted on January 10, 2021.

In the video, Fripp is sitting down playing a beautiful gold Les Paul. As he breaks into the song, we see his wife Toyah on an exercise bike, riding standing up and bouncing to the beat. Her vocals are not the most stellar, but her enthusiasm makes up for it.

As of this writing on January 12th, the clip has been viewed just under 1 million times. In two days! We’re guessing that by the time you read this, it will be over a million.

It’s not clear why this video is so much more popular that the other uploads. Maybe it’s the fact that they picked such a well-known song? Maybe people resonate with being stuck at home and exercising? Maybe there’s something more pointed that we’re not seeing? Watch the clip down below and judge for yourself. 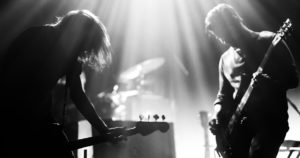 Oh…hey, 2020. You’re still here? Seems like you’ve been hanging around for years. We should have known that starting January off with the death of 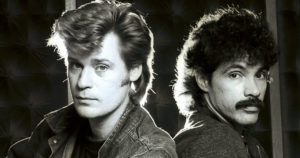 Have you ever found yourself needing to hear a Hall & Oates song right now!? I know you have, and you’re in luck. In an 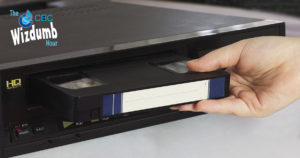 The CBC Wizdumb Hour #94 – Dusting Off the Tapes

It’s week six of quarantine, but that’s not leaving any shortage of wizdumb to discuss.! This time around, Steve and Tony talk about the joy 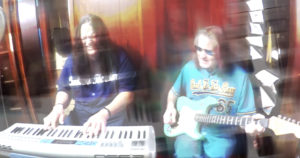 Every musician who has played in a band has jammed in the basement. Or the garage. Or both. There’s something about the comfort of a 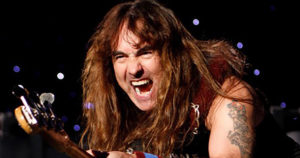 Every stereo ever made has an option to adjust the bass. There’s no guitar knob. You won’t find a way to make the drums louder. 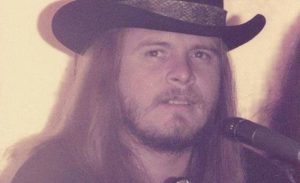 “I was just drunk, y’know. I didn’t think the dude would just appear!” Such is the claim of Richard Klima—occasional barfly and avid shouter. “I