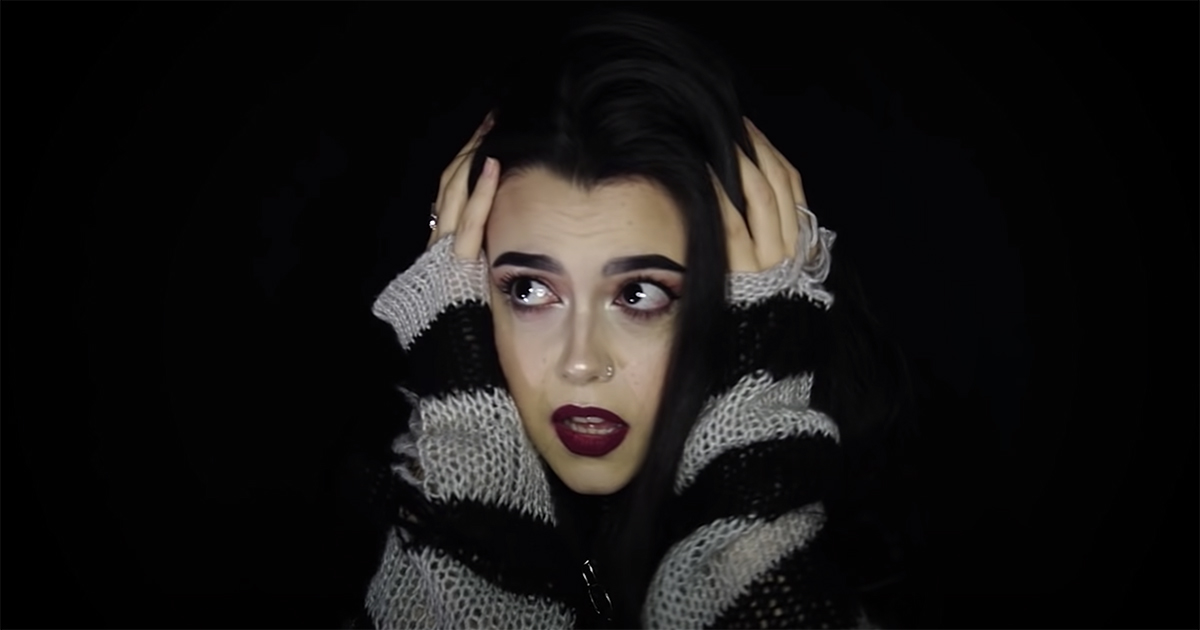 We comb the interwebs every week looking for interesting videos to feature here, and it often takes several hours or even days to find a worthwhile candidate. However, there are fortuitous times when something just falls on our lap. The screen shot below is what we saw on our news feed, and this simply could not be ignored. 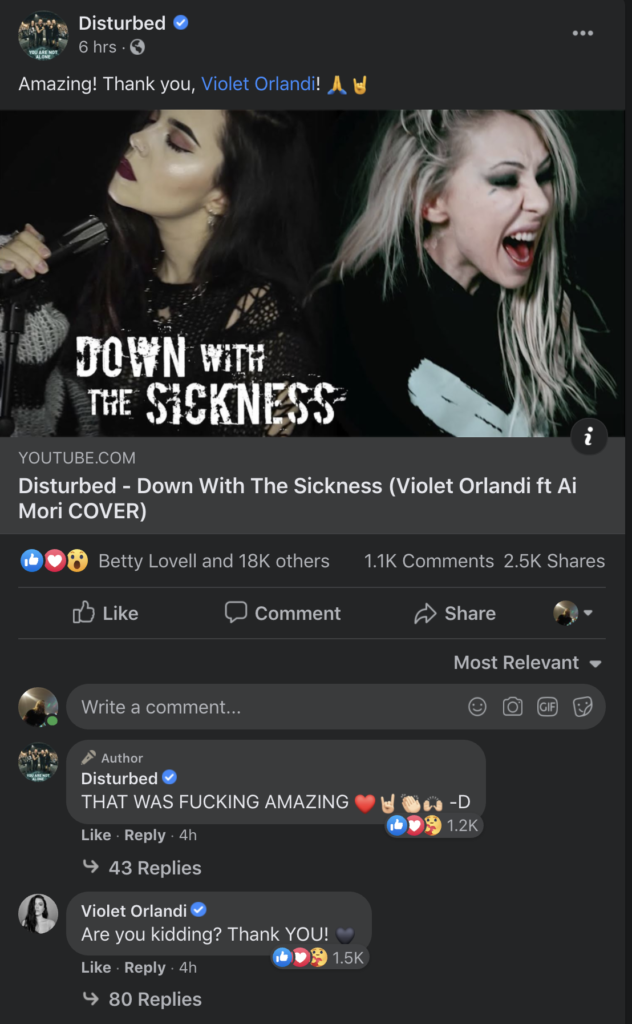 When the actual band that originally wrote, recorded and performed the song you are covering shares your YouTube video on their verified Facebook Page with over 10 million followers—AND says it’s “fucking amazing,” you can count that as a good day.

YouTuber Violet Orlandi is a 25-year old singer from São Paulo, Brazil who leans towards the hard rock genre in her musical tastes. Her channel boasts in the ballpark of 200 videos which include covers by classic rock artists such as The Beatles and Pink Floyd, female icons like Britney Spears, Alanis Morrisette and Billie Eilish, and hard rockers Korn, Nirvana, and Metallica…just to name a few.

This young lady has also hosted live streams, Q&As, and hang outs for her over 750 thousand subscribers, which with her cover videos, have racked up several million views. Her acoustic version of Guns N’ Roses’ hit “Don’t Cry” from Use You Illusion I has been viewed over two million times alone.

Orlandi recently began posting new videos every Sunday according to her Facebook Page, and it’s clearly worked to her advantage. The featured video was uploaded on September 27th, and within the last couple of days got the attention of someone in the Disturbed camp, bolstering the clip to 1.5 million views and counting.

Most of her performances are solo, but for “Sickness” Orlandi recruited Ai Mori—a young Russian singer with an impressive library of clips of her own to handle the lower register. Together they complement each other throughout the song, making it almost more enjoyable to listen to than the original. Check it out below, and share this with the buttons below.

Check out our past picks!