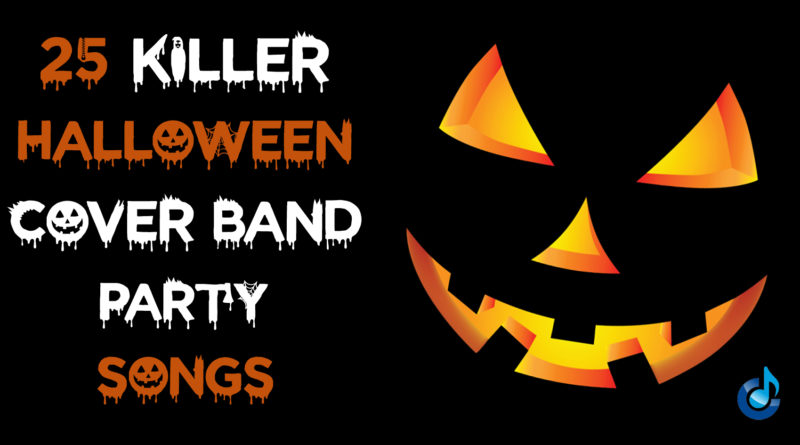 For musicians and cover bands, Halloween season is one of the best times of year. Holiday party gig opportunities start popping up, and people tend to start going out for live entertainment more often and in greater numbers.

While it’s rare that your set list for the gig will include only Halloween-themed songs (although it can happen), it’s good to have a bunch thrown in during the chilly October month.

Here you will find a great collection of party-type songs (in no particular order) that are perfect for this time of year. Some you can play just like the original, and with others you can get more creative. Many of these songs also lend themselves well to constructing clever medleys that will keep people dancing and having fun.

Scroll through and consider each tune for your show. The video for every song is included for easy access (and just in case you forgot how it goes).

Released in 1986, Oingo Boingo’s third single from the album of the same name became ubiquitous with parties after it was featured in the Rodney Dangerfield comedy film Back to School.

For a live band during the spooky season, this is a great choice. It’s upbeat and fun – and even if a lot of the patrons aren’t familiar with the song, it will still get people on their feet.

One of the most obvious go-to Halloween songs, the title track of Jackson’s multi-million selling album was released as a single over a year after the album release. Thanks to a then ground-breaking music video, it ended up doubling the sales of the record.

If you can nail this song (or even just part of it), you will have before you an enthusiastic crowd of party-goers.

Introduced as a novelty song in 1962, “Monster Mash” ended up hitting the #1 spot on Billboard’s Hot 100 just before Halloween of the same year.

The song was later re-released several times – even hitting #25 on the chart as recently as 2012.

As cover band Halloween songs go, this one is a no-brainer.

Aaaooooooooo! You know you just sang that.

The record label released what ended up being Zevon’s only Top 40 hit in early 1978 – despite his objections for it to be the first single. Much like Monster Mash, the late Zevon considered “Werewolves of London” a novelty song.

The song had a resurgence in popularity in 1986 due to its use in a scene in The Color of Money, and then again in 2007 as a part of Kid Rock’s D-C-G mashup hit “All Summer Long” (along with Lynyrd Skynyrd mainstay “Sweet Home Alabama”).

Break this classic out at your Halloween gig and everyone will be howling along.

One of many one-hit-wonders (OHW) in this list, Rockwell’s 1984 smash was bolstered to #2 on Billboard due to the inclusion of Michael Jackson and brother Jermaine on backing vocals.

From Wikipedia: “The music video to “Somebody’s Watching Me” underscores the song’s paranoid tone with a haunted house-inspired theme, including imagery of floating heads, ravens, graveyards, and shower scenes referencing Psycho.”

There are several hundred covers of this 1956 Screamin’ Jay Hawkins composition – a few of which did well on UK and US charts. However, the CCR version of “I Put a Spell on You” is probably the track that most people identify with when they think of this song.

Perhaps the biggest connection to Halloween is with the upbeat version performed by Bette Midler and the Sanderson sisters in the film Hocus Pocus. For the purposes of the story, the writers change the arrangement considerably. It’s worth a listen if you’ve never heard it. It’s certainly possible to take that idea and create your own upbeat version.

Only the good stuff, too. No licorice or Tootsie Rolls. Hit me with the Reese’s and Hersheys.

Another OHW – Bow Wow Wow’s 1982 hit is actually a cover of The Strangeloves’ 1965 release which peaked at #11 on the Billboard Hot 100 chart. The music video (below) captured the new wave sound of the early 80’s, and was a staple during MTV’s infant years.

Pro Tip: This could be a good song to include a short drum solo.

Who ya gonna call?

Ray Parker Jr.’s hit from the movie of the same name hit the #1 spot on Billboard’s Hot 100 and stayed there for three weeks in the summer of 1984. Its call and response chorus has kept this song a winning cover band selection in a live setting for decades.

Pro Tip: Parker lost a plagiarism lawsuit to Huey Lewis for his hit “I Want a New Drug” (they have very similar bass lines). Take advantage of knowing that by putting together a unique mashup or extended medley.

Here’s a song you might already be playing anyway at your fun-time, party, let’s-make-everybody-dance, super-cool cover gig.

But of course it ties in with Halloween, too, given the subject matter. Good enough.

It’s one of those songs that always works in a live, cover band situation. So be sure to include this as part of your Halloween setlist, and you’ll have ’em in the palm of your hands.

The Atlantic Rhythm Section version was the most popular – hitting #17 in the U.S on Billboard in 1979 but has been covered by numerous artists including R.E.M., Percy Sledge, Dusty Springfield, Phish, and many others.

This is an easy song to incorporate into your Halloween repertoire, and will surely get people dancing and singing along.

Speaking of easy songs: This 4-chord crowd favorite peaked at #1 on the Billboard Alternative chart in 1994…and was Dolores O’Riordan and The Cranberries’ biggest hit.

If you have a female singer with a raspy voice, this song works great. It’s even been known to have been performed by male singers, so be sure to consider it with your Halloween set.

Along with “Godzilla,” BOC cemented themselves in the Halloween catalog with this hit. “Don’t Fear the Reaper” has been prominently featured in several movie soundtracks, most notably a Gus Black cover in the 1996 slasher flick Scream.

Alice Cooper’s nod to Mary Shelley was released as a single in 1992 off of the album Hey Stoopid. The song didn’t chart in the U.S., but came to public awareness as a featured track in the film Wayne’s World where Cooper was performing the song in concert during a prominent scene.

If your band leans towards rock music, this might be a good one to include in your set for the ghouls and goblins in attendance.

14. Sympathy for the Devil (The Rolling Stones)

Not really a Halloween song, but the satanic subject makes it creepy enough to play on All Hallow’s Eve.

The Rolling Stones’ “Sympathy for the Devil” is one of Jagger and Richards’ biggest hits – even being place at #32 on Rolling Stone Magazine’s “500 Greatest Songs of all Time.”

This can be a great jam song and eat up a lot of clock, so be sure to try this one out in your band…and don’t forget to hit every “woo woo.”

Another tune centered around the dark lord – this time it comes to us from 80’s new wave band INXS (pronounced “in-excess”).

“Devil Inside” hung in the #2 spot for two weeks in early 1988 on Billboard’s Hot 100, and later charted well in several other countries.

Michael Hutchence and Co. have many upbeat, dance-y tracks to choose from, but for October 31st, this one fits the bill.

Okay so this isn’t really a song, but it is the single most iconic musical piece associated with Halloween.

Written in 5/4 time by director John Carpenter for the 1978 movie that kicked off the slasher genre, the main Halloween theme is as creepy as it gets.

Search YouTube and you’ll find dozens of interpretations by cover bands (check out the one below). This is a good one to get creative and see how many ways that you can incorporate this music into your set.

17. I'm Your Boogie Man (KC and the Sunshine Band)

It was also later covered by White Zombie for The Crow: City of Angels Soundtrack, which included sound bytes from the 1978 John Carpenter movie Halloween.

Yet another CCR tune makes it into our Halloween list…this time the 1969 hit “Bad Moon Rising.” The song has been covered several times, and has also been featured in many movies including An American Werewolf in London, The Howling III, Twilight Zone: The Movie – and in many television programs including Supernatural, The Walking Dead, Teen Wolf, and many more.

If you have a vocalist who can pull off John Fogerty, this is a sure-fire winner to add to your night.

Since it’s release in 1998, “Dragula” was not only Rob Zombie’s best-selling single, but it has become his most recognizable song as a a solo artist.

Put in the right spot during the night, this song can be a winner that will get costumed guests letting loose on the dance floor.

Among others, one of writer Don Henley’s influences in writing the song was a girl he knew who was interested in the occult.

Nothing gets a dance floor moving better than tune with dance steps built right into the lyrics.

From the 1973 musical The Rocky Horror Picture Show, the “Time Warp” dance is one of the major audience participation activities of the show, and fans know every step.

Again not really a Halloween song per-se, but it does again mention Samhain’s fallen angel, so why the hell not.

“Runnin’ With the Devil” is the very first song off of the very first album by Van Halen released in 1978. It was the second single (with “Eruption” on the B-side), and only charted at a peak of #84 on Billboard, but still remains a very popular selection for Van Halen die-hards.

23. This is Halloween (Marilyn Manson)

When you think of Halloween, few artists can represent the dark holiday better than Marilyn Manson.

“This is Halloween” was originally written and recorded by Danny Elfman (Oingo Boingo) for the 1993 film The Nightmare Before Christmas. Manson covered it in 2006 for a special edition release of the film’s soundtrack.

Performed as the full song, the instrumental, or thrown in a Halloween medley, this is definitely one to consider during your fall gigs.

With all of the remakes and reboots of this wacky ’60s television show, this theme is always in the public consciousness.

Everyone knows the words, and they will likely “snap” along.

A cool idea might be to couple it with…

…this other TV theme.

The Munsters aired in the mid 1960s, and ran concurrently with The Addams Family on another network, but did better in the ratings.

Also another quick, but very familiar musical theme to include in your Halloween set list, The Munsters theme is upbeat and a lot of fun to play! 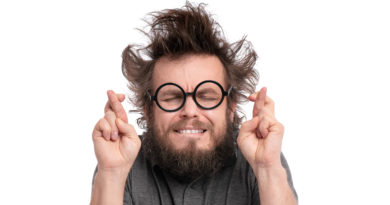 Dude Requests Song From Cover Band Minutes After It Was Played 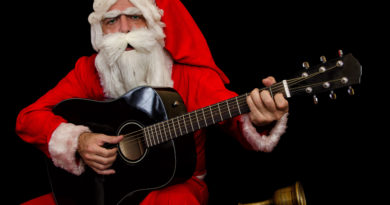 ‘Tis the Season of Cover Songs – 24 Holiday Classics That Are Free to Play, Record and Sell 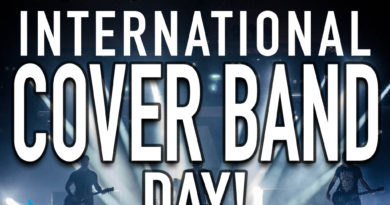